Glen Riley may have only started his habitat restoration business a year ago, but the idea of it had been germinating for a long time.

“My parents are organic horticulturists so, growing up, I was intrinsically connected to the land. The river mouth, the crops and the beach were my playground. It was priceless.”

But probably the biggest event that has shaped Glen’s work ethic was overcoming a sporting accident, that resulted in him suffering a stroke, at just 31 years old.  While now fully recovered, his rehabilitation (overcoming physical side effects and mental fatigue) made him  take stock, focus even more on what he wanted to do with his life, while at the same time, realising he couldn’t accomplish it all on his own.

Instead of taking the easy path (working for someone else), he embraced the challenges, forming a company which currently employs two full-time staff and is about to take on more. 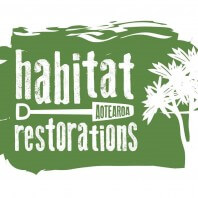 The clue is in the name: Habitat Restorations Aotearoa which is exactly what Glen and his team accomplish through a raft of environmentally-focussed projects such as re-vegetation of native species, erosion control, water-quality improvements, and pest eradication; be if for large clients like DOC, Fonterra, and Calder Stewart, or advising individual farmers and landowners.

That collaborative approach extends to his choice of accountants, which is why Glen regards PKF Bredin McCormack Rewcastle as an integral part of his business development.

Glen says choosing a large ‘downtown’ firm might not have been the obvious choice for his rural-based business; “It’s not as if I feel like a businessman,” he explains. “ I never wear trousers, let alone a suit, and I could have felt out of place,” But what he found instead was a warm welcome, and a kindred spirit in Ben [McCormack] whose response is always the same. ‘Gidday mate, how are ya going? What can I do for you?’ 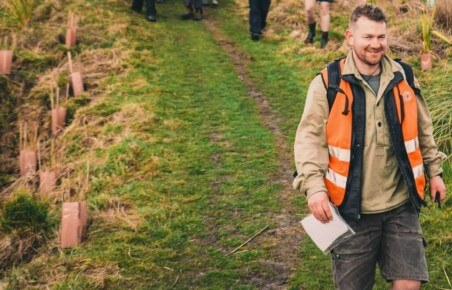 “I may not be their typical client, but they’re interested in what I do, and actively want to help me grow my business.”

And that growth is happening. From two full-time staff, Glen is about to employ four more, on fixed term contracts, and up to another eight for an upcoming freshwater project.

Which means that, without PKF’s help, he could end up stuck inside, under an avalanche of paperwork, which is not where he wants to be.  “They’ve really helped me come to grips with using Xero, managing cashflow and digital timesheets.”

Glen’s overall aim is to continue making the difference out in the field, and he’s definitely doing that. For example, nesting boxes he’s designed and built specifically for our endangered Yellow-eyed penguins. “There are less than 3,000 Hoiho left, in the entire world,” he explains, “So what a  buzz seeing nesting pairs make our boxes their home.”