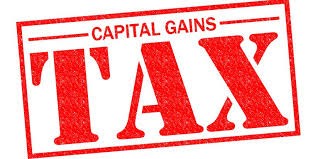 Chaired by Sir Michael Cullen, the TWG recommendations are consistent with the earlier released draft report but provide more detail and a number of different options as to how the Government could implement the new tax. The Government’s next step is to consider the report and decide which recommendations they will adopt. Then the political horse trading begins to get legislation in place prior to the next election to take effect from 1 April 2021.

Where to from here?

After the release of the TWG interim report, the Government asked them to consider the potential design of revenue-neutral packages – some of which might reduce inequality. Four illustrative packages have been included, each with a slightly different focus:

We now eagerly await the Government’s full response to the TWG final report in April, particularly in relation to the detailed design of the proposed broad capital gains tax. Arguably, as currently proposed, this would be one of the more aggressive capital gains taxes amongst OECD countries and worst-case scenario is more than twice the rate of 15% that was proposed by the Labour Party during the 2011 and 2014 elections. However, one potential outcome could be that the Government choose to adopt the TWG minority view and only extend a capital gains tax to residential rental investment properties only. Another option could be a phased approach for different assets. There are several political and economical factors that need to be carefully evaluated, balanced and considered.

The last and probably most important consideration, is the time and resource required to draft and properly implement a new tax properly. History would suggest that “bad” tax policy and legislation often results when the lead time is minimal. By world standards, the Government has set an ambitious timeframe to introduce a broad Capital Gains Tax especially considering the IRD has been steadily reducing their staff levels. As they say, the devil is in the detail and this will need time and consultation to achieve the objectives and outcomes desired. Then it will be up to the voters to decide if in fact it comes in to force after the next election.

Views are my own